Ellen began her dressage education with a German certified trainer in Thailand where she spent her childhood. This education continued when she returned to the United States as a teenager and began to work for the American Dressage Institute in Saratoga. At ADI Ellen was exposed to some of the first “upper level” dressage training this country had to offer, riding with Spanish Riding school greats such as Franz Rochowansky, Arthur Kottas, Col. Hans Moeller, and Ernst Bachinger. She learned about horsemanship at the highest level, rode many of this country's first Grand prix schoolmasters, and was exposed to the art and passion of dressage by Michael and Tom Poulin, Janet Black, Lockie Richards, Mrs. Howard Serrell.

After ADI disbanded, Ellen followed Janet Black to the Poulin’s farm in Maine before continuing on to New Jersey to build her own clientele, many of whom she still teaches today. She later traveled to Denmark, purchasing Frostfire, who took her to 9th in the nation at Grand prix in 1987 and got her a spot long listed for the Pan Am games. Ellen imported many quality horses from Denmark after this for students and clients, trained her horse Indius to the Grand Prix after his Grand Prix jumping career, continued to show nationally, did many classical dressage demonstrations including the Vermont Mozart festival which gave a beautiful dressage exhibition for 20 years, and developed her true passion which is the riding school.

Ellen has trained many students and horses to FEI level, and still travels up the East coast teaching and clinicing. She has students from all disciplines- eventers, hunter/jumpers, trail riders, western pleasure riders and, most recently, people that participate in mounted shooting. Though trained classically in dressage, Ellen has an eclectic horse background; at different points in her career, she has exercised race horses, worked on a harness track, ridden steeple chasers, ridden cross country, schooled hunt horses in Virginia, competed at Madison Square garden as a hunter/jumper, and even played polo. She is a passionate educator, teacher, and advocate for the horse. 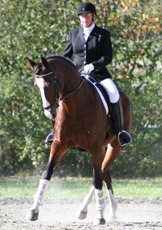 Catherine Hill, now Waterman, is a USDF bronze, silver and gold medalist with an “r” judging license. Graduating from the “L” program with distinction in 2009, Catie has focused on becoming a judge and helping her students polish and create a quality test for the show ring.

She also has a very eclectic equestrian background; she started in the hunter and equitation ring as a small child before quickly moving on to the eventing world in high school. She evented through Training Level in high school and then spent a year in France with the Cadre Noir, specializing in dressage and learning the classical “legerity.”

She rode many school horses and even got to sit the “airs above the ground.” On returning home, Catie got her Bachelor degree in English Literature at UNC Chapel Hill and became a working student for two years for Cindy Sydnor, who studied for years under Karl Mikolka of the Spanish Riding School. Upon returning to Vermont, Catie became assistant trainer to Ellen Miller and began to grow EMRS LLC into what it is today. Along the way, she has ridden with Gunnar Ostergaard, Kathy Connelly, Ulla Salzgeber, Henk van Bergen, and most recently Jacquie Brooks, and Bill Warren.

She has trained her horse Cameo, now 20 and still showing, to the Grand Prix and showed the small tour CDI. Her next project is showing her two homebred Danish Warmbloods, Lorenzo and Lena, at training level dressage and some futurity jumping classes. Still a huge fan of jumping, Catie has recently shown the 1-meter open jumpers at Manchester and has helped many jumper and equitation riders gymnasticize their horses and improve their flat work. 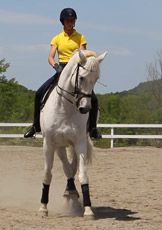 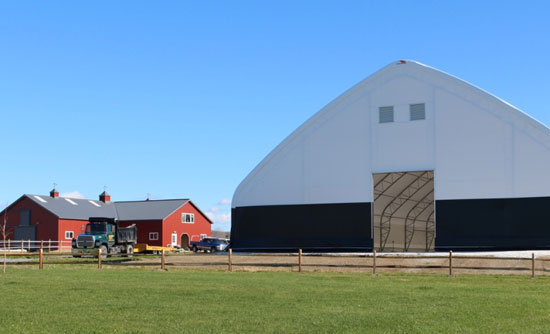 Our farm sits on 100 acres of rolling fields with a 14-stall barn, regulation indoor dressage arena and plenty of safe turnout. 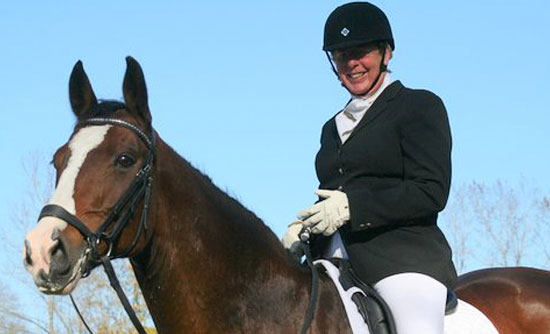 The Ellen Miller Riding School was founded by Ellen Miller with many of the same principles of the American Dressage Institute in mind. 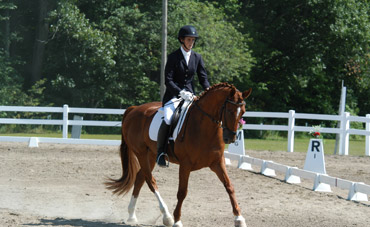 You don’t have to board here to train here. Catie and Ellen travel and teach around the US as well as offer ship-in lessons, on and off-site clinics, coaching at shows, adult “camps” and more.